What Will You Do When Inflation Forces U.S. Households To Spend 40 Percent Of Their Incomes On Food?

Over the past 12 months, US consumers have been seeing shocking price increases at grocery stores. Some staples shot up by almost 150 percent and several others are still facing shortages due to the latest supply chain disruptions. But experts are warning that this is just the beginning. The real problem actually goes much deeper than supply and demand imbalances. Rising prices are likely to persist throughout the whole year and well into 2022, as the U.S. economy starts to feel the impacts of inflation. So if you think things are already complicated at this point, get ready to see prices go on meteoric rises because from now on it is only going to get worse.
As food becomes increasingly expensive, Americans are forced to spend a larger share of their income just to ensure the same essentials. Before the health crisis began, consumers used to spend nearly 10 percent of their disposable personal incomes on groceries. According to data released by the USDA, in 2019, Americans spent 9.5 percent of their income on food, divided between food at home, representing 4.9 percent; and food away from home, 4.6 percent. However, data shows that when economic divisions are considered, Americans at the very bottom of the economic food chain spent significantly more than those at the top.
In 2019, low-income households spent an average of $4,400 on food, which accounts for 36 percent of their income, while the highest-income households spent an average of $13,987 on food, but that only represents 8 percent of their income. It is safe to say that those numbers are notably higher today. Economists are predicting that the percentage of disposable personal income that the average U.S. household spent on food in 2020 will near 40 percent, but official numbers from 2020 haven’t been released yet. In any case, that would imply that for poor households, that percentage could be well over 50% – which means that millions of Americans are spending more than half of their income just to feed themselves.
And now that inflation has been on an upward climb, rising food costs will likely slice an even larger share of people’s budgets. A recent Bloomberg article reported that over the past 12 months, the price of corn jumped roughly 142 percent to $7.56 per bushel, the highest price seen in eight years for the crop. Additionally, new shortages of chicken, dairy products and pork, have resulted in a price increase of 10 percent just in March for pork chops and chicken breasts, while eggs and cheese went up by 6 percent last month alone.
In other sectors of the economy, inflation levels may not appear as alarming to consumers just yet, but the truth is that by looking at all consumer goods as a whole, the latest inflation data in the Consumer Price Index from the U.S. Bureau of Labor Statistics indicates the largest month-to-month increase in almost nine years. And, of course, rising commodity prices go way beyond corn. At the gas pump, prices have surged over $1.20 compared to the same period in 2020, but that was when demand was dwindling because of stay-at-home mandates.
Meanwhile, the costs of lumber continue to skyrocket. Last week, lumber prices have pushed the price of an average new single-family home $35,000 higher, but this week, there was an increase of almost one thousand dollars in that figure. According to an analysis by the National Association of Home Builders, lumber is adding $35,872 to the cost of a new home.
That’s what happens when the beginning stages of hyperinflation start to appear in the economy. The spending plan that was supposed to help the population to make it through the worse economic recession in decades, ended up deteriorating people’s purchasing power to the point of snatching up half of the income of millions of US households so that they can buy food. Our leaders have let inflation run out of control so that they can continue to print, borrow and spend money recklessly, without considering how this is affecting our living standards. As the cost of everything continues to climb, soon we will see a major national crisis emerging because it won’t take long for people to start to loudly complain about how nightmarish inflation has become and how the American Dream has been ruthlessly taken away from our hands.

Game over for China? There’s a new business in Beijing’s crosshairs

BREAKING: ‘Potential hijack’ of oil tanker is ‘over’

COVID-19: Should young people be offered ‘cash for jabs’? 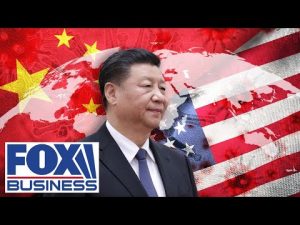 Game over for China? There’s a new business in Beijing’s crosshairs 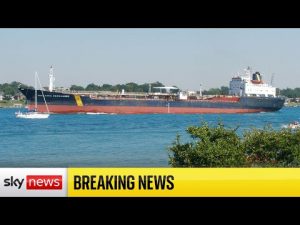 BREAKING: ‘Potential hijack’ of oil tanker is ‘over’ 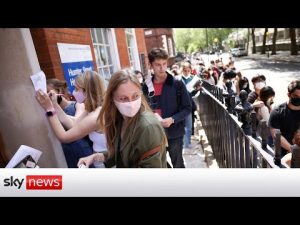 COVID-19: Should young people be offered ‘cash for jabs’?