The US Geological Survey said the lava from the Kilauea volcano has covered an area of 5.5 square miles — that’s four times as big as New York’s Central Park.
Hawaii Kilauea Fissure 8 remains the most active, the USGS says, sending “persistent fountains” of lava as high as 260 feet into the air. Lava lobes from Fissure 8 were advancing 100 yards an hour, the USGS said.

“Persons remaining in the mandatory evacuation area … do so at their own risk with the knowledge that emergency responders may not respond,” Mayor Harry Kim ordered late Thursday. “Persons in violation of this order are subject to arrest and will be liable for any costs associated with rescue operations in the mandatory evacuation area. Refusing to evacuate may put you, your family and first responders in danger.”

The new evacuation order takes effect shortly after noon local time Friday (6 p.m. ET). Authorities ordered the neighborhood evacuated May 3, but after the initial closure, residents were allowed to visit homes during the daylight hours.

Fissure 8 is continuing to produce persistent fountains that are reaching heights of up to 260 feet. A small spatter cone is forming on the downwind side of the fountain and is approximately 100 feet high. The fountains are feeding a major flow field heading north through Leilani Estates and then to the northeast along the course of Highway 132. Minor overflows from the margins of the channel are occurring along its length. The front of the Fissure 8 flow is advancing through agricultural lands and had crossed Railroad Avenue by 7:30 PM HST. Ground and UAS crews are in the area closely monitoring the progress of the Fissure 8 flow front. At 21:53 PM HST, the flow front was approximately 1.1 miles from the Four Corners area (the intersection of Highways 132 and 137).

The Fissure 18 flow that advanced to within 0.5 mi of Highway 137 has stagnated. The new flow that branches from the same channel 1.5 miles upslope appears to have captured most of the lava output from Fissure 18. It is descending downslope just to the south of the previous flow.

Fissure 22 is weakly active, and lava is pooling around the vent.

Pele’s hair and other lightweight volcanic glass from high fountaining of Fissure 8 are falling downwind of the fissure and accumulating on the ground within Leilani Estates. Winds may waft lighter particles to greater distances. Residents are urged to minimize exposure to these volcanic particles, which can cause skin and eye irritation similar to volcanic ash.

Kīlauea Volcano Summit
Ash continued to erupt intermittently from the vent within Halemaʻumaʻu crater at Kīlauea’s summit. Additional explosive events that could produce minor amounts of ash fall downwind are possible at any time. Earthquake activity is elevated at the summit, with many small events. Volcanic gas emissions at the summit remain high.

BRUTAL! MS Governor FIRES Back after Biden Trashes Him for Reopening His State

3 Ways The United States Could Collapse Into Chaos

Promises Made? Americans FUMING after Joe SLASHES Stimulus Cash Everyone Was Looking Forward to 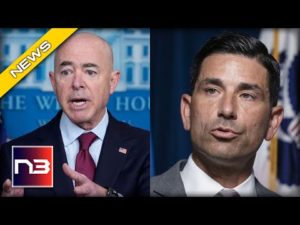 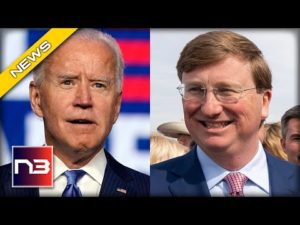 BRUTAL! MS Governor FIRES Back after Biden Trashes Him for Reopening His State 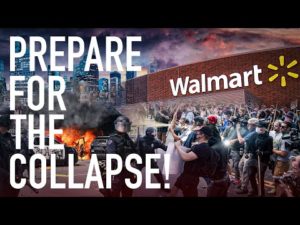 3 Ways The United States Could Collapse Into Chaos