The rebirth of a nation

Regular readers of this publication will be familiar with my frequent comments that all countries have a shelf life – that they experience a slow rise, typified by a strong work ethic and a free-market philosophy, which results in a highly productive country. That productivity later results in a high level of sympathy for the disadvantaged, which political leaders turn into a justification for government largesse. That, in turn, results in a population that grows complacent and eventually apathetic, culminating in a decline into totalitarianism.

This pattern has existed for thousands of years. Sometimes, the process is a slow one, as in ancient Rome; sometimes, it can take place over mere decades.

In commenting on the EU, U.S., Canada, etc., I’ve often described my view that these jurisdictions are in the latter stages, just prior to totalitarianism. In making this comment, I offer the reminder that, at any time in history, there are countries at every stage of development. For those who think internationally, the goal is to exit from a country if it’s in the death throes of complacency/apathy and to seek another home that’s in its ascendancy.

On rare occasion, we witness a country that’s right at the birth stage, or possibly the rebirth stage. At present, we have an excellent example in Cuba, a country that’s been famously in the totalitarian stage for over half a century, due to a collectivist political regime.

Of course, collectivism always ends at some point, as it destroys initiative. Eventually, initiative reaches such a low point that the lack of productivity is insufficient to sustain the system itself. The system literally goes broke and the country is ready for a reset.

Economic collapse in Cuba began over 25 years ago, when the USSR folded and Cuba no longer received three times the value of their sugar from the Russians. Since then, a feeble attempt has been made to promote tourism, but, as everything was owned by the collectivist government, the country was rife with inefficiency and physical decay, making it unattractive to tourists. Finally, the government realised it had reached the end – they could no longer guarantee jobs to all their citizens, so they allowed some of them to create their own businesses. The first were the paladares – home restaurants. This came as a result of an existing proliferation of black-market restaurants that the Cuban people created themselves. Since they contributed heavily to the economy and the government was failing to prevent them in any case, they were legalized in 1995. (They pay a monthly fee to the government.)

Paladares were pretty tatty affairs initially. They were in dilapidated buildings, with no menus and poor food. But in 2010, government relaxed its restrictions further. The paladares then took off. Today, Cubans operate everything from hamburger stands to chi-chi themed restaurants with interesting menus, good service and excellent food. (English is now spoken in most paladares.)

The government still runs most of its own restaurants, but they’re losing popularity, as the staff are unmotivated, the premises are in poor repair and the food is uninspired. It’s only a question of time before they’re offered to the cuentapropistas, who are running paladares successfully.

Next came the casas particulares (privately run apartments for daily rental), in 1997. (The owner pays an annual fee per room to the government.) Like the paladares, at first they were shabby, but in the spirit of free enterprise, the owners continually reinvested their profits into the apartments and many are now an odd mix of modernity and Cuban kitsch.

Then it became legal to own transportation-for-hire. Although recent prosperity has allowed the government to import fleets of Hyundai sedans, painted uniformly in yellow with black checks, tourists prefer to ride in almendrones – 1950s cars that are now taxis. For decades, these relics have been deteriorating, but their use continued as long as they could be kept operable.

However, with the opportunity for private operation of a taxi service, Cubans have revitalized the old cars as taxis, reinvesting their profits into the vehicles, restoring them with fancy new paint jobs, replacing the interiors and even re-chroming the bumpers. Many tourists today will only travel in almendrones.

The government has done its best to limit these developments, whilst endorsing them, as they are a clear affront to the official policy of collectivism. Periodically, they threaten to punish those who make too much money, creating economic inequality. As recently as 2005, Fidel Castro spoke fervently that the rise of free-market entrepreneurs was counter to his revolution and that “The abuses will end… In this battle against vice, nobody will be spared. Either we will defeat all these deviations and make our revolution strong, or we die.”

Trouble is, the writing is on the wall. Collectivism left the Cuban people in dire poverty and only free enterprise has made improvements possible. The Castros therefore have had a terrible dilemma: how to continue to support the concept of collectivism, whilst living off the reality of the free market. (Taxes and fees levied on entrepreneurs are now filling government coffers as never before, making major civic improvements possible for the first time.)

A decade or more ago, the government began to restore the buildings on the more historical plazas, like those in the image above, in la Plaza Vieja. (After decades of neglect, all of historic Havana was in bad repair.) But soon, they realized that any section of Habana Vieja that they restored would attract more cuentapropistas and the government would soon receive more income as a result. Soon, the government was trying to play catch-up, restoring as many blocks as possible.

In past years, a street might be torn up for repairs and take months to be repaired. Today, the old broken tarmac in a street is removed, the plumbing lines refitted, the old cobblestones reinstated and the street even swept – sometimes all within a week. Everywhere in Habana Vieja, there are blocks being restored. Every restored block means more tourism revenue for the entrepreneurs, who in turn are providing the government with the greatest income they’ve had in decades.

And of course, tourists, who might have come as a curiosity in previous decades, are flocking to Havana, as the amenities are now at a more acceptable level. Most are English speaking – Britons, Canadians and Americans (with or without government permission).

To accommodate the influx of tourists, the government has built a second, more modern airport terminal, complete with tourist shops and cafes. Also new: credit cards, even American ones, are now taken.

Officially, some 1.1 million Cubans are employed in private enterprise, either full or part time, but the real number is certainly larger than that. At this point, there’s no turning back. They’ve gotten their teeth into the free market and are creating new businesses daily. For its part, government is receiving ever-increasing revenue from businesses and cannot return, even if it wished to.

Most importantly, the rebirth of Cuba is bottom-up. The free market is driving the economy. Like any country with an ineffectual, inefficient government, regulatory laws are few and most are not followed, allowing the people of Cuba more freedom to run their businesses and lives as they see fit, unlike their neighbours to the north, where regulation stifles free enterprise and ambition.

U.S. President Obama has recently paid a visit to Cuba – the first by an American president in some 90 years. He made speeches to the Cuban people that he’s prepared to let up on the punishment the U.S. has doled out over the last half-century, by easing the U.S. embargo. In doing so, he stated that he intends to make it possible for Cubans to enjoy a better life. For Cubans who have heard his proclamations, it’s too little too late. Cuba is already on a roll and won’t be turning back. Both the population and the government are headed for a free-market future.

To be sure, the retired Fidel Castro is not pleased, trying to describe the new freedoms as a revised form of communism, rather than admit that communism is a “dead duck walking.” But for most everyone else, Cuba is in essence emerging as a new country.

For 50 years, Cubans feared that when the Castros were gone, the Miami Cubans would return, taking over the country and returning it to the dreaded Batista days. This is now far less likely. Certainly, Cubans have no individual wealth and own little in the way of property, but what they do have is the determination of a new nation. The wealth will come.

Presently, the government still owns the utility companies, the large hotels, etc. These will be the last to open up to private enterprise, but it will come in time, as will increased investment from overseas. Hopefully, these will be partnerships with the Cuban people, assuring that the people will be along for the ride and not sidelined by large overseas corporations.

We’re witnessing the birth of a new Cuba. In future years, it will be both an investment opportunity and a home for those who choose to increase their opportunities through internationalization.

Crux Note: As Jeff wrote, there is a natural life-cycle that countries go through. Cuba is just about to be reborn. Though the U.S., EU, and Canada are in the latter stages of decay.

We think a financial collapse for the record books is coming. It’s going to be much worse, much longer, and very different than what we saw in 2008 and 2009. And it will likely send gold to the moon.

He doesn’t like buying “ordinary” stocks. Instead, he’s developed a way to see which of the smallest gold stocks could rise by 500% or even a rare 1,000%, especially during a gold boom.

These are penny stocks… some trading for just 60 cents.

Doug’s method works amazingly well. This year alone, his team has found 12 different stocks that have already doubled. We even ran a back-test and found that in December 2008 – the last time we saw a gold market like today’s – Doug’s method found 16 stocks, which all more than doubled in 12 months, with an average gain of 313%.

But this is only the beginning. Frankly – the really huge gains in this coming gold mania won’t be made until later this year.

Where exactly is Doug putting $1 million?

This video has all the details. Click here to watch it now.

Ted Williams refutes AOC: System worked exactly how it was supposed to

What’s stopping Biden from granting clemency to people he promised to help?

TRAINWRECK: BLM Leader Tries to Explain Why Being a Marxist and a Millionaire Isn’t Hypocritical 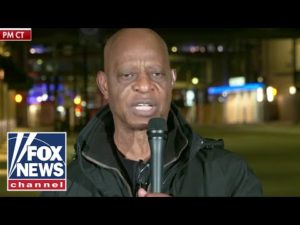 Ted Williams refutes AOC: System worked exactly how it was supposed to 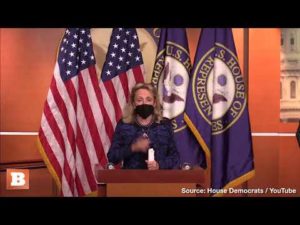 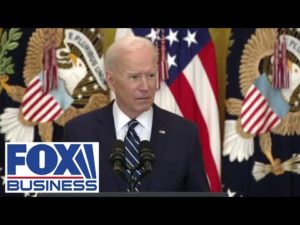 What’s stopping Biden from granting clemency to people he promised to help?