As of a today, the Federal Reserve raised their benchmark interest rates by ANOTHER 75 basis points while they move forward on their path to cool down the highest inflation we’ve seen in more than 40 years….this was the LARGEST RATE HIKE since 1994, and – it’s only just the beginning.

The Federal Reserve is currently scheduled to meet 4 MORE TIMES throughout the rest of the year, in July, September, November, and December…meaning, we could potentially see MORE 75 BASIS POINT RATES HIKES….bringing us to a 3.5%-4% federal funds rate by the end of the year.

This would put us at a level not last seen since the beginning of 2008…RIGHT as the United States entered The Great Recession. Of course, there ARE WARNINGS that a recession may simply be UNAVOIDABLE, or that they’re MORE LIKELY TO RISK ONE for the sake of bringing down inflation…but, regardless of what happens, the Federal Reserve DID signal a few forecasts in terms of what’s to come:

First….whether or not you believe it…they think that inflation has ALREADY BEGUN TO PEAK, and that prices will begin to cool down throughout 2023 and 2024, eventually returning to their baseline of 2%.

Second, they also projected a slowing economy throughout the next 2 years, with the unemployment rate beginning to SLIGHTLY increase.

Third, by bringing down demand – we increase our chances of entering into a Recession. See, their goal, on the surface, is to raise rates ENOUGH to slow down demand to a level that matches supply…and, that’s already beginning to happen. Retail sales have reported down, right as energy costs have soared…so, it’s logical to assume that people will begin to cut back.

And fourth, they were quoted as saying: “clearly, today’s 75 basis point rate hike was an incredibly unusual one…and I do not expect moves of this size to be common,” – which, the market loved. HOWEVER…just remember, a month ago, a 75 basis point wasn’t even considered…proof that anything can happen, and should be taken with a grain of salt.

As far as what YOU can do about this…practically, do your best to pay down variable interest rate debt…always get a fixed rate loan if you’re worried about rates rising much further…and, the boring answer: stay the course as usual…because every piece of data tells us that THIS is most likely going to make you the MOST MONEY, long term.

This doesn’t add up about the Trump raid: John Solomon

Larry Kudlow: Why did this happen?

Varney: I never understood the appeal of this company 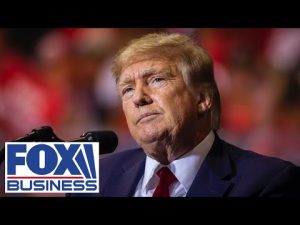 This doesn’t add up about the Trump raid: John Solomon 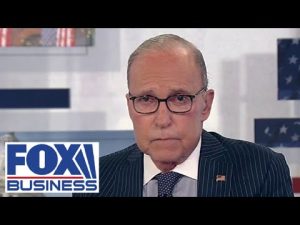 Larry Kudlow: Why did this happen? 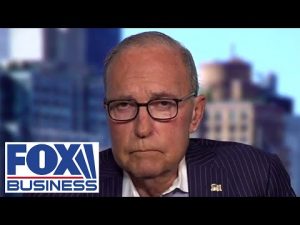