STRANGEST Ships on the Seas

You Won’t BELIEVE how weird and bizarre some of these ships are! From military projects; to the RP FLIP, these are the STRANGEST Ships On The Seas !

5. Atlantic Sentry
How often do you see a ship towing a large airship on board? Not too often. Aerostats or the large blimps are carried on board since 1980 and are typically employed in order to detect drug traffickers or illegal immigrants. They might be employed by the US coast guard, US air force, customs, defense department or others. Filled up with helium, these blimps can reach altitudes of 15000 feet while being connected by a wire. It’s primary payload consists of surveillance radar. Airship carriers have been around for a while but since the popularity in the devices has decreased, people still find it rather amusing to see them stationed at various ports along the borders.

4. USS M80 Stiletto
This sleek looking prototype is known as the uss M80 stiletto and it kind of looks like it might have had similar designs to the sea shadow previously mentioned. It’s a new generation of stealth transport ship, designed and developed by the US navy engineering company known as M Ship company. Made with lightweight carbon fiber, it’s much quicker than the sea shadow, reaching max speeds of 68 miles per hour. Also able to bust through waves at quick speeds it’s the largest carbon fiber ship built by the US navy.. While throughout history, ships have been designed as thin and tall however this one’s a bit different. It’s a little bit wider in order to fit larger vehicles and keep the ride from being too bumpy. It’s unclear as whether or not it’s been used in any secret navy seals operation but it has been to used to retrieve nasa equipment lost at sea.

3. Zumwalt Class Destroyer
In case you were wondering what the future of destroyer ships look like, here it is! Mainly designed for naval gunfire support, it’s equipped with advanced anti aircraft weaponry and all kinds of long range land attack projectiles and more. It’s armed to the teeth and looking pretty sleek while doing it. It’s equal to the size of 3 USS constitution’s, stores a massive amount of ielectrical power which control a large amount computers, the ships propulsion and combat systems. Some feel as though the navy is going to be more and more difficult to join in the upcoming years due to how few sailors will be needed in these super ships. Ships during the 2nd world conflict need 10 times as many men to board the ship which clearly a huge difference. It’s prided on it’s accuracy to attack inland targets as well as over 60 miles away

2. Rp Flip
Owned by the US office of Naval research this has to be one of the strangest looking man made things out on the oceans. It’s so strange that people often believe it’s some type of ship that it’s capsized in the middle of the ocean. It’s state purpose is to measure wave heights in various areas, as well as water temperature and density. It has no engines of its own and must be towed to the intended research location. Weighing in at 700 tons, it’s not a canoe by any means. Vessels such as this have been around since the 1960’s but in 1995 it got a little bit of a make over, with 2 million dollars worth of upgrades. During month long missions out at sea, it’s typically joined by a 5-11 man crew without a need to resupply.

1 USS independence
Possibly the wackiest looking aircraft carrier/mine detecting ship in the US navy, the USS independance LCS-2 is designed by general dynamics. It plans on operating typically in littoral areas and not attacking any warships. It’s main purpose is to destroy mines, hunt for submarines, and other various missions. It’s main armament is for defensive purposes can can support the weight of 2 helicopters. The counter mine technologies are some of the most advanced in the world which utilize radar detection systems to their advantage. Just in case it engages enemies, it has a 57 mm cannon, 4 50 cals, and Searam.

Tucker Under Attack! You Won’t Believe What Joy Behar Said On ‘The View’

Arrest warrant issued in the murder of Yale student

Mike Pompeo: “We Were Willing to Challenge the Elites” 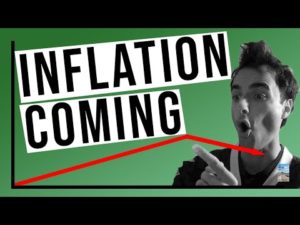 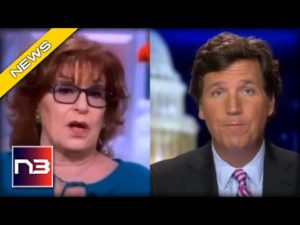 Tucker Under Attack! You Won’t Believe What Joy Behar Said On ‘The View’ 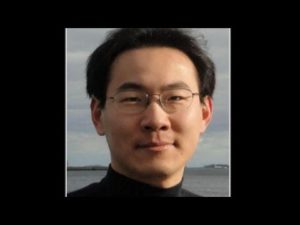 Arrest warrant issued in the murder of Yale student