From unbelievable disappearances, to secretive facilities shrouded in secrecy here are Biggest Modern Day Mysteries that cannot be solved.

6. Car Discovered Oklahoma
In 1970, 3 teenagers were driving to a football game in Ohio were never seen again. Family members were worried and no one could figure out what happened to their kids. It had been over 4 decade until anyone had any answers about the mysterious disappearences. In 2016, the highway patrol was conducting some sonar tests on their boat at Foss Lake. They spotted something they wouldn’t believe. 2 cars completely rusted from the 1970’s, sitting right next to each other. This photo here was taken the day they were pulled out and you have to wonder what’s going through their minds as they dig out the wreckage. A total of 6 skeletons were found. Jimmy and the ones in his car were identified but the occupants of other car placed right next to it, remain a mystery.

5. Area 51
We all know about this military located in the middle of nowhere, nevada. It’s clearly visible on google maps and the facility is shrouded in secrecy. The only people that truly know whats going on in there are the ones who work here. Until someone manages to sneak in there and put it on live feed, we’ll never know the truth. The government has declassified documents regarding unidentified flying objects which were far above aircraft of human capability. It would seemingly be the perfect place for aliens to go check out, considering on of the atomic blasts which are visible from space happening at the national nevada test site, right next door. Possibly the aliens knew that advanced life was inhabiting earth. Rumors have floated around that alien bodies are stored in their underground bunkers and advanced extraterrestrial aircraft are researched. What do you think is going on here?

Let us know in the comment section and maybe we’ll feature you in an upcoming video.

4. Baciu Forest Disapearences
Even the most skeptical people have trouble denying that there is just something wrong about this place. People have often reported seeing strange shapes and colors, bizarre shadows, and hear voices. Some claim it to be the gateway between the world of the living and the dark underworld. The strange shaped trees and the weird charring on the tree stumps, don’t seem to help people feel at ease. One strange story goes that a shepherd entered the forest with 200 sheep and was never seen again. It was also featured on an episode of ghosts adventures.

3. Water Allergy
Modern medicine has seemingly advanced throughout recent years quite exactly, but many medical experts will tell you there’s still a lot we don’t know. Take water allergy for example, Considering the fact our body is composed of 60-70 percent water how could this be possible. This rare condition was first mentioned in 1964. Contact with water on the skin, puts the immune system into defense mode and the people who suffer from it, severe hives as a result

2. Reptilian Blood
The existence of Rh and Rh negative blood which is incredibly rare and can result in a baby and has become quite the mystery in recent years. The blood is also extremely sought after by researchers. Some claim this is a trait of non human origin due to the fact that there typically tends to be genetic problems. People from southwestern france and northwestern spain, known as the basque have the highest percent than in any region. Most humans do contain the rh gene but the ones that don’t fall into this category. There are groups of Rh negatives online also that gather in secrecy.

1.Chinese Satellite Landing
This strange mystery is happening right now as I speak, in other videos we discussed some of china’s engineering projects and space program. The tiangong 1 space station will crash somewhere on earth, and it’s mystery exactly where it’s going to land! This is an 8.5 ton module that is entering into earth’s atmosphere. The Chinese have lost all control of it and have warned other countries about the error. They also warned that this debris would be toxic to whatever it makes contact with. There’s only a very small percentage of it actually landing in a populated area but you still have to watch out. At the moment, there’s a broad range of possible landing zones, including australia, new zealand, the US and Europe. Are we sure this was just an accident? Where will it land and will you be there to witness it. 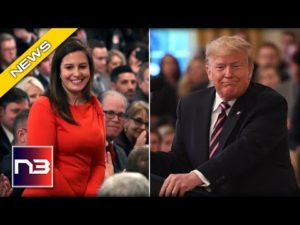 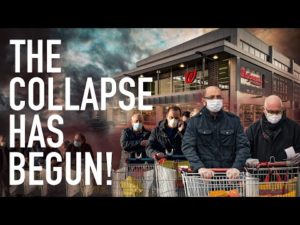 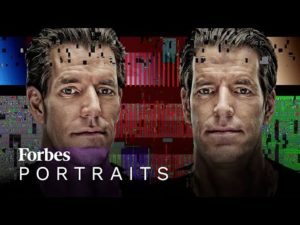