With the US officially out of Afghanistan, could this be a moment for a full-scale ‘pivot to the pacific’? American foreign policy continues to increase its focus on China, and that is having ripple effects on America’s allies in the region. Japan and Taiwan are holding military drills this week. For the first time ever, South Korea has launched a ballistic missile from a submarine, a feat seen as a clear step ahead in military technology and readiness. RT America’s Alex Mihailovich has more (1:26).

RT’s Murad Gazdiev reports on the grilling of US Secretary of State Antony Blinken, after claiming he ‘doesn’t know’ who was hit in a recent American drone strike in Afghanistan. (6:00) Then, former UK MP George Galloway shares his perspective on the US pivot to the pacific. (8:55)

Internal documents obtained by the Wall Street Journal reveal that Facebook, the owners of Instagram, know that Instagram is toxic to girls’ mental and emotional health. But since doing anything to ‘fix’ that problem might likely impact Facebook’s billion in revenue the social media app continues to plot along while mental health experts continue to warn parents of the long term impacts. What do influencers think of this revelation? We talk to online influencer and comedian Tell Williams. (15:49)

It’s time to prepare for lower living standards in America

Russia beats US to film first movie in space

Cliff divers go for title glory from 90-feet up

Cruz: Biden’s Handlers “Keep Him Locked Up In A Basement” And He’s “Severely Diminished”

It’s time to prepare for lower living standards in America 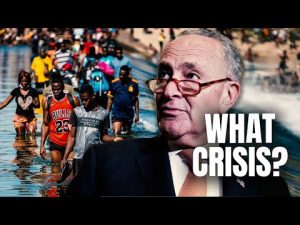 Russia beats US to film first movie in space