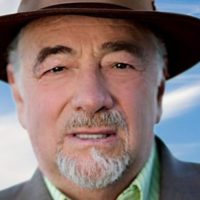 The Fox News Channel could soon get some competition from a brand-new network in the works that is reportedly looking to put right-leaning powerhouses such as radio’s Michael Savage on television.

The Sinclair Broadcast Group is now making new moves to lay the groundwork for the channel to take on Rupert Murdoch’s empire, according to the Hollywood Reporter.

“Sinclair is speaking with both current and former Fox News personalities about joining the would-be network, which a knowledgeable source says could be led by Tribune Media executive Sean Compton,” THR reports.

The paper says Sinclair also made an overture to Savage.

On Wednesday, the radio host asked his followers on Twitter: “Should Savage do a TV show in addition to his radio show?”

The responses were overwhelmingly supportive of the idea, with some stating:

“Dr. Savage, I would love to see you on TV. Your voice of reason is

View all posts by admin →