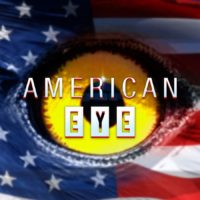 #18 Greyfriars Kirkyard, Scotland
Burials have taken place at this graveyard in Edinburgh since the late 16th century. And it’s said to be the most haunted place in Scotland. The supernatural activities are largely attributed to the ghost of Sir George MacKenzie, who was buried there in 1691. MacKenzie’s poltergeist is said to bite, cut, and bruise anyone who comes in close proximity to it. Some visitors have reported sustaining injuries while taking the ghost tour. Injuries that they had no recollection of ever receiving.

#17 The Merry Graveyard, Romania
Calling a graveyard ‘merry’, or cheerful, might seem like an oxymoron. But this cemetery in Romania is noted for its colorful tombstones. In fact, many of which feature paintings and poems that describe the lives of the deceased. There isn’t any reported paranormal activity documented about the place. But it does have a certain creepy quality, given that many of the stories involve doomed experiences while living under communist regimes.

#16 Suicide Cliff, Saipan Marianas (sie-PHAN)
It’s not actually a cemetery, but it serves that purpose in a de facto manner. Located in Saipan in the Northern Mariana Islands, this cliff was where thousands of Japanese citizens committed suicide by jumping to their deaths in the 1940s. While the exact number of suicides is unknown, estimates place the number at around 8,000. Banzai Cliff, located nearby, is another place where numerous people committed suicide during the Battle of Saipan in 1944.

#15 Valley of the Kings, Cairo Egypt (ttot-ahn-KAH-men)
This location in Egypt is known for its rock cut tombs, created over a 500 year span, from the 16th to the 11th century BC. One of the world’s most famous archaeological sites, its most famous find is the Tomb of Tutankhamun (King Tut). After that tomb was opened in 1922, several of the archaeologists that participated in the opening mysteriously died some years later. That led to speculation that when Tutankhamen’s tomb was opened, it triggered the Curse of the Pharaohs upon the transgressors.

#14 Saint Louis #1, New Orleans
Did you know that there are three Roman Catholic cemeteries at the Saint Louis Cemetery in New Orleans? Saint Louis Number One is the oldest of the three, and the most famous. It dates to 1789, and gains much of that notoriety due to the belief that Marie Laveau (lah-VOE), the Grande Voodoo Queen is interred here. Locals say that Laveau’s spirit haunts the graveyard, and will come after anyone who dares to disturb her tomb.

#13 Old Jewish Cemetery, Prague
This one is found in the Czech Republic, and it’s one of Prague’s most important historical Jewish monuments. It was in service from the 15th century to the late 18th century, with grave markers dating back to around 1439. While the site contains an estimated 12,000 tombstones that are visible, the exact number is uncertain. Layer upon layer of tombs are here, so it’s also difficult to gauge the number of bodies here as well. According to some estimates there could be as many as 100,000 burials here. Several eyewitnesses claim that the area is filled with apparitions drifting among the tombs of the packed cemetery.