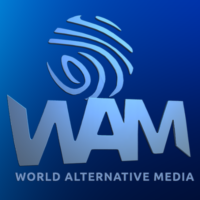 By World Alternative Media on August 21, 2019 in Economic News

Josh Sigurdson reports on the recent news out of Britain concerning millions of people that the state pension age may rise to 75 years of age.
The idea was put forward by a think tank that new Prime Minister Boris Johnson is a big fan of and many believe the Tories will push forward such an agenda in the near future. It’s not NECESSARILY that they want to see people’s livelihood torn away from them, but more so that the current monetary system is forcing them in that direction as the country (as well as the rest of the world) faces a MASSIVE pension shortfall.
The country is in a technical recession and has been for more than 10 years, papered over with debt and fiat.
Interest rates are set to drop further and likely go negative all while the pound crashes.
With people born in 2007 expected to live to the age of 103 on average, the notion of paying half of the people in the country for half of their life with tax payer money is obviously absurd. As this crisis comes more and more near, the government is desperately trying to prolong their old guard system but it is failing fast.
There are no fundamentals left, the currency has lost most of its purchasing power, poverty is rising, unemployment is rising if one considers the labour force participation rate and pensions are seriously at risk.

There are more solutions than there are problems and this can really be considered more of an issue of (centralization and) dependency where people depend on the state and banking system to save for their futures rather than being responsible and independent and saving for their own futures. It’s often by force and people have little choice in the matter, but it’s a symptom of people being dependent one way or another on the system that benefits from their servitude.

We will continue covering this story as it continues to elapse!

JOIN US On Flote, the new social media:
https://flote.app/JoshSigurdson

JOIN US on SubscribeStar here:
https://www.subscribestar.com/world-alternative-media
We will soon be doing subscriber only content!

SAVE 10% on your tickets by using promo code: WAM

Don’t forget to check out Mike Maloney’s GoldSilver at the following link:
https://goldsilver.com/?aff=WAM

Get your TICKETS to The Winnipeg Crypto Conference here:
https://winnipegcryptoconference.com/
Save money on your tickets by using promo code WAM!