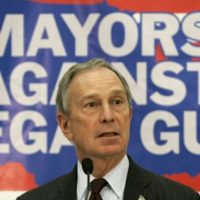 Former New York mayor and billionaire Michael Bloomberg says higher taxes on poor people are good, because they allow decision-makers to have more control and save the poor from their own unwise decisions.

That’s the gist of comments he made recently during the International Monetary Fund’s spring meeting.

He was discussing taxes with Christine Lagarde, the IMF’s managing director.

“Some people say, well, taxes are regressive. But in this case, yes they are. That’s the good thing about them because the problem is in people that don’t have a lot of money,” Bloomberg said.

“And so, higher taxes should have a bigger impact on their behavior and how they deal with themselves. So, I listen to people saying ‘oh we don’t want to tax the poor.’ Well, we want the poor to live longer so that they can get an education and enjoy life. And that’s why you do want

View all posts by admin →