Cases of Impossible Strength. These people are not only strong, but also set world records & used their strength for heroic acts!

9 Harry Houdini
Erik Weisz, better known as Harry Houdini made headlines around the world with his sensational acts. Many people challenged his acts claiming they were fake. Houdini was also famous for his remarkable abdominal strength. Unfortunately, this would lead to his demise. While resting on a couch with a broken ankle a student Jocelyn Gordon Whitehead approached him in his dressing room & surprised him.
8 John Holtum
Once danish strongman John Holtum mastered it however, few could replicate his act & those who questioned its authenticity were promptly invited on stage for a demonstration. Holtum would use his strength & lightning-fast reflexes to catch the ball. He travelled the world performing & would offer 3,000 francs to anyone who could do the same. Needless to say, no one took him up on the offer.
7 Paul Anderson
US weightlifter Paul Anderson produced a notable display of strength. Travelling to the Soviet Union he broke the world record for the two-hand press. Soviet champion Alexey Medvedev had just pressed 330.5 pounds, which was the Olympic record at the time. The Russian announcer & Anderson’s fellow competitors snickered as he stepped up to the bar, but were silenced as he lifted 402.41 pounds. Anderson was an Olympic gold medalist & one of the pioneers of powerlifting. Yet there’s another achievement of his that’s included on this list. On June 12, 1957, in Toccoa, Georgia, Anderson lifted 6,270 pounds slightly off trestles with his back.
6 Joe Rollino
Brooklyn-born Joe Rollino weighed around 150 pounds & stood 5ft 5. He looked like an ordinary man, maybe even slightly below average. However, Rollino was incredibly strong & not just for his size. In his prime he could move 3,200 pounds with his back & lift 450 pounds with his teeth. He could also bend coins with his bare hands & nails with his mouth.
5 Louis Cyr
Louis Cyr is referred to as the strongest man that ever lived. Although only 5ft 8 the Canadian strongman often weighed well over 300 pounds. Some of his recorded feats include hoisting a boulder weighing 514 pounds, lifting a 534-pound weight with one finger & resisting the pull of draught horses. As Cyr held the reins from two horses in each hand the grooms cracked their whips to get the animals to pull harder.
4 Shavarsh Karapetyan
There’s no way to describe Shavarsh Karapetyan other than as the real-life Aquaman. He broke World-Records in fin swimming on ten separate occasions but is also known for the remarkable heroics of September 16, 1976. After completing his usual 12-mile run alongside Yerevan Lake, Armenia, Karapetyan heard a crash & saw a trolleybus had fallen from a dam wall into the lake. The bus sank around 80 feet from shore to the bottom of the reservoir, which was around 33 feet deep.
3 Hysterical Strength
There are many scientific theories to explain hysterical strength. Hysterical strength is commonly attributed to a surge of adrenaline released in the body under extreme conditions. It’s still unclear whether the extraordinary strength comes from the adrenaline released into the bloodstream or from noradrenaline released from sympathetic nerve terminals, which directly stimulates muscles. Despite not being fully understood there have been several documented cases of it. When the jack collapsed & a 3,000-pound Chevy Impala pinned teenager Tony Cavallo under it, his mother Angela single-handedly lifted the vehicle & held it up for roughly 5 minutes. 52-year-old Robert Renning bent the door of a burning SUV in half to get to the passenger.
2 Angus MacAskill
Also known as Black Angus or Giant MacAskill, this Scottish-born Canadian giant could perform mind-bending feats of strength as a result of his incredible size. MacAskill is still widely considered to be the world’s tallest natural giant, meaning that his size wasn’t a result of gigantism or any other condition. Although 7ft 9 & weighing over 400 pounds, MacAskill’s physique was well proportioned. His 80-inch chest is the Guinness World Record for the largest ever measured for a non obese person.
1 Giuliano Stroe
Born in 2004, Giuliano Stroe was breaking strength world records & gaining a social media following when he was only 5 years old. In 2009, the Romanian child bodybuilder entered the Guinness Book of World Records for the fastest hand-walk with a weight between the legs. This happened in front of a live studio audience & was viewed by hundreds of thousands of people on YouTube. In the following years, Giuliano broke the record for 90-degree push-ups where the feet never touch the ground.

Raymond Arroyo questions why Biden is ‘so racially obsessed’ 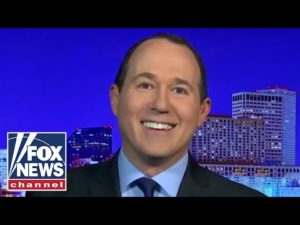 Raymond Arroyo questions why Biden is ‘so racially obsessed’ 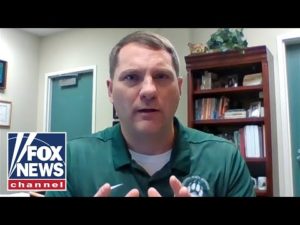 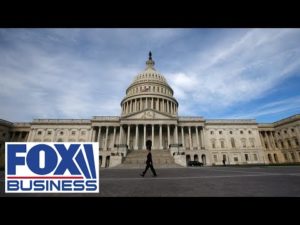