Mysterious Alien Abductions. These Alien sightings ended in being taken on UFOs. Most people only remember parts of this strange experience.

8: Deverow Family
In January 2005, Rachel Deverow, her two sons, Alex & Benji, & her mother, Anne, were returning home on the A65 road in North Yorkshire. That’s when they saw a bright light that appeared to be following their car. The light then dove towards the vehicle before speeding away out of sight. This happened at around 5 pm, when the family was ten minutes away from home. When they arrived, the family realized that it was after 6 pm. After a while, Alex began having strange dreams in which he was in a strange bubble flying over the countryside. Rachel Deverow decided to undergo hypnotherapy to figure out what had happened in the missing hour. Rachel recollects that when the light descended upon them, her family was actually taken aboard an alien aircraft. She remembered being in a strange room without any walls. As a bright light shone overhead, she felt like she was standing in space.
7: Sharon
After a series of unusual experiences, a woman from Yorkshire heard talks on the radio about UFO’s & decided to seek further information. Sharon often found strange marks on her body & didn’t know where they came from. Sharon talked about how she & others were sitting on a ramp like they were about to be transported somewhere. She even remembered a man called Nigel. According to her, she’d been taken by aliens before, when she was a teenager. The alien ship reportedly had Egyptian markings on the walls. Afterwards, they were told to respect their planet & not to pollute it & that it was important to learn about the Pyramids.
6: Bob Rylance
Throughout his life, Bob Rylance would often go through strange experiences like hearing buzzing late at night & footsteps outside his bedroom that seemed like they were coming out of nowhere. After undergoing hypnotherapy he realized that he’d been regularly by extraterrestrial beings for over 2 decades. While hypnotized, he described being taken into a room & placed on a medical bench. After his captors performed different experiments on him, they placed a triangular pod on his stomach.
5: Philip Spencer
Philip Spencer was driving to his father-in-law’s house on the morning of December 1, 1987. While driving alongside the quiet country road, Spencer heard a sound similar to that made by a low-flying helicopter but there was nothing above. Then, on a hillside near the road he saw a small, strange creature. As the being made its way up the slope, Spencer took a picture of it. Above him, Spencer saw a huge silver disc that looked as if it was preparing to launch into the sky. When he looked at the time, Spencer noticed that three hours had passed which he couldn’t account for. Like others on this list, he tried to regain his memory through hypnotherapy.
4: Daniel Fry
He then heard a voice that asked him to come aboard. Once the mysterious craft was in the air, the bottom became transparent & Fry had a clear view below him. According to Fry he was flown to New York City & the entire trip took just half an hour. He deduced that the ship must have been travelling at more than 8,000 miles per hour.
3: Alfred Burtoo
On August 12, 1983, Alfred Burtoo went night fishing on the Basingstoke Canal in Aldershot, England. He found a spot & was almost done setting up his gear when he saw a bright light from some shrubs. Two strange beings each around four feet tall emerged from the light. They motioned for Burtoo to follow them. The creatures had helmets with black visors & tightly fitted green suits. They arrived at a shiny metal craft. The room where he was taken seemed like it was made out of one piece of metal & it was predominantly black in color & some areas with amber light.
2: George Van Tassel
George Van Tassel awoke in the early hours of August 24, 1953, to find a strange man staring at him from the bottom of his bed. Van Tassel was invited aboard a flying saucer outside. Once aboard the strange being told him that his name was Solganda from the planet Venus. It took Van Tassel roughly 25 years to build the 38-foot tall cupola, which still stands near Joshua Tree, in Landers, California. He received funds through donations at UFO conventions & even from Howard Hughes.
1: Hybrid Children
Members of the Hybrid Baby Community in the US believe that they’ve had hybrid children with extraterrestrial beings that have harvested their DNA. Aluna Verse & Bridget Nielson are members of the community & claim that, between them, they have 13 children with aliens. They’ve shown drawings they’ve made of their children who have a combination of human characteristics & alien features such as large reptilian eyes.

Idiot called me a what? Let’s monetize him

Stone: they want me to die in prison 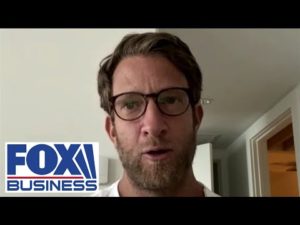 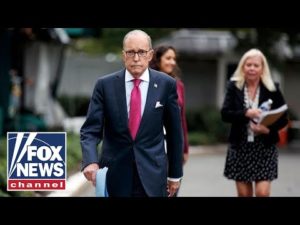 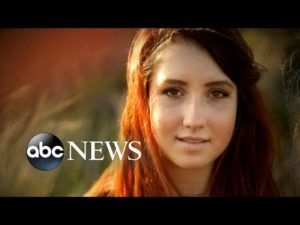