From UFO sightings that lead to communication with aliens to the development of space projects. These are secret space programs you shouldn’t know about!

7: Solar Warden
McKinnon did it from his girlfriend’s aunt’s house in London. Operating under the pseudonym Solo, McKinnon obtained data from NASA’s computer systems about several operations hidden from the public. One of them was a black budget program known as Solar Warden. The information he recovered indicated that the operation consisted of around 40 smaller & 8 gigantic motherships. Alleged space program insider William Tompkins claims he helped develop the ships in the Solar Warden fleet.
6: Interplanetary Corporate Conglomerate
Lockheed Martin is a titan in the technologies & aerospace industries. They employ over 100,000 people & it’s widely considered the world’s largest contractor. Its Advanced Development Program, also known as Skunk Works is responsible for several well-known aircraft designs such as the U-2, the Lockheed F-117 Nighthawk or the Lockheed SR-71 Blackbird. According to insider Edgar Rothschild Fouche Lockheed is secretly developing incredibly advanced aircrafts. They’re working on Blackbird models all the way up to SR-75 some of which can reach speeds exceeding Mach 10.
5: Secret Lunar Base
The moon is in tidal lock with the Earth. Meaning that its rotational period matches that of the Earth hence we always see the same side of the moon. There’s a theory claiming a secret base was built on the far side of the moon. Through Project Moon Shadow, Cramer claims that genetically engineered embryos were implanted into unknowing females. Cramer claims Project Moon Shadow also operated as a MILAB, a selection program for children that were intuitive empaths.
4: Lucifer Project
RTGs or radioisotope thermoelectric generators are used to power space probes like Voyager, Cassini, Galileo & others. Without enough light past Mars to sustain a manned spacecraft, RTGs are a simple & reliable option for space exploration. Within the scientific community some refer to Jupiter as a ‘failed star’, because its chemical composition is very similar to that of the Sun. Jupiter is too light & its core temperature failed to reach the degree necessary for hydrogen fusion to start.
3: Phantom Cosmonauts
There’s a conspiracy theory that before Yuri Gagarin Soviet Russia tried to launch other manned space flights. Yuri Gagarin was the first man to officially reach outer space, but many are convinced there were others. Weeks before Gagarin’s successful flight, the Judica-Cordigia brothers claimed to have intercepted & recorded the last radio transmissions of a cosmonaut. The Soviet Union promptly denied this. The evidence to back this theory is usually regarded as inconclusive. Supporters however claim that, to avoid international backlash, the Soviet Union did it in secrecy.
2: Advanced Aviation Identification Program
On December 16, 2017, the Advanced Aviation Identification Program was made public by the Pentagon. AATIP was a secret investigatory branch active from 2007 to 2012 with a budget of $22 million. It’s still unclear whether the program was terminated or still operational under classified parameters. The worldwide investigation documented alleged sightings across several decades with a 490-page report that hasn’t been made public. Admitting to such a program directly contradicted previous Pentagon denials regarding its existence. According to the Washington Post, intelligence officer Luis Elizondo, head of AATIP, was responsible for releasing infrared footage of the USS Nimitz UFO incident. In early November 2004, a radar operator from USS Princeton detected an unknown object that initially appeared at 80,000 feet before rapidly moving towards the sea & hovering at 20,000 feet. The mysterious flying object then went out of radar range but reappeared later that month.
1: Chinese Space Program
Recently China has begun to increase spending on space exploration. On September 15, 2016, Tiangong-2, a Chinese space laboratory, was launched into low Earth orbit & cargo vessel Tianzhou-1 has already performed several successful dockings. China boasts the world’s largest radio dish capable of detecting signals from other galaxies. The Five hundred meter Aperture Spherical Telescope, also known as FAST, is almost twice as large as the Arecibo Observatory in the US. The telescope might prove an invaluable tool in making China the first country to officially make contact with alien life. 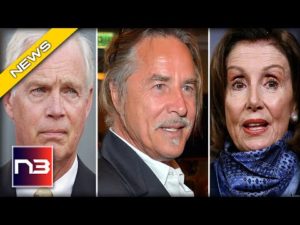 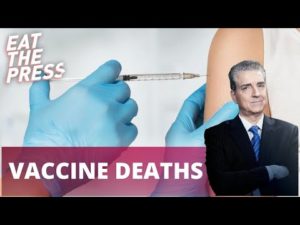 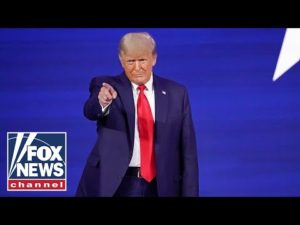