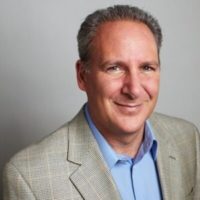 The following video is brought to you courtesy of the Peter Schiff YouTube Channel. Click the video below to watch it now.

While I was at VRIC, Trump was in Davos touting to other world leaders the “unmatched” period of prosperity America is experiencing, thanks to him.

Trump claims that nobody benefits more from his presidency than the middle class. In reality, the only people benefitting are the asset owners – the 1%.

There are more women than men in the workforce for the first time ever. Housing prices and household income are at all-time highs. Trump spins these as signs of a healthy economy, but the opposite is true.

This period of prosperity America is going through is a figment of Trump’s imagination, but the Republican party and Wall St aren’t questioning it.

On CNBC, Trump tells Joe Kernen that he still doesn’t know who’s buying these negative yielding bonds. He admits to having no intentions of paying off the national debt or cutting government spending. Trump pretends we can pay for it all with the bubble that he thinks is an economic “boom.” Trump and the Fed are proving there is no exit strategy for these inflationary policies.

Tesla stock, the most heavily shorted stock has skyrocketed, putting shorts through the grinder.

Sanders passes Biden to #1 in the Democratic presidential polls. Democrats are worried because Sanders will actually try the socialist policies that they know won’t work. It’s not common a Democratic presidential candidate has principles. Unfortunately, this time those principles are socialism. The road to hell is paved with good intentions and the people who vote for Sanders are going to be feeling the burn worse than anyone.

If you thought socialism was scary, AOC has gone full blown communist. She says inventors, business owners, and entrepreneurs are stealing off the backs of the workers and the workers should organize and steal those businesses back.

AOC and Bernie are reactions to Trump and when this economy finally blows up on Trump’s watch, it’s going to pave the way for a socialist (or worse) president of the United States of America. And there may not be any coming back from that.

Also, I lost all my bitcoin. They’re gone.

My appearance on Kitco: https://www.youtube.com/watch?v=3iFolFv4RV0

View all posts by Peter Schiff →